Is the Flu Vaccine Safe for Pregnant Women?

Will the flu vaccine protect pregnant women and their babies?

Dr. Stanley Plotkin , a renowned vaccinologist, lamented in his article, ‘The Influenza Vaccine Mess’, that the flu vaccine is still routinely given to children and adults knowing that it is not very efficacious and, as a Cochrane review found, even less efficacious for pregnant women and newborns.

What do the clinical trials say about safety?

Pregnant women have become a target group for the flu vaccine in recent years even though there were never any clinical trials showing that the vaccine was safe for them. While the FDA penalizes companies found to be promoting their medications for off-label (untested) uses the FDA’s promotion of the flu and TDaP vaccines for pregnant women is an off-label use.

“In response to a Freedom of Information Act lawsuit, the FDA has admitted, for the first time, that government agencies, including the CDC, are recommending vaccines for pregnant women that have neither been licensed for pregnant mothers by FDA nor tested for safety in clinical trials. The CDC has actively recommended influenza vaccination during any trimester of pregnancy since 2004 and has told pregnant women to get Tdap shots (for tetanus, diphtheria and pertussis) since 2011. The FDA is responsible for vaccine safety and licensing, but now admits that it has no safety data to back up the pregnancy recommendations.”1 The Notice of Voluntary Dismissal below. 2.

What does Section 13.1 of flu vaccine package inserts say?

Section 13.1 of each vaccine package insert relates to the vaccine’s ability to cause cancer, genetic mutations, or impair fertility. Most vaccines haven’t been tested for any of these harms. What about the flu vaccines recommended for pregnant women?

A study of data from the the 2010-11 and 2011-12 flu seasons found that  pregnant women who got a flu shot in their first trimester, and who also got the H1N1 flu shot the previous season, were 6.4 times more likely to experience fetal loss than women who did not get a flu shot. The study’s researchers used records from the Vaccine Safety Data Link, a compilation of information  from 4 HMOS, a resource not open to most researchers.3

VAERS (Vaccine Adverse Events Reporting System is a voluntary self-reporting system to collect information about post-approval vaccine injuries which the public can readily access. A study published in the journal Human and Environmental Toxicology (HET) of VAERS records show that for the anticipated 2009 pandemic, which never materialized, women who received both the regular flu vaccine and the pandemic AH1N1 vaccine  experienced a significantly increased rate of SAB.

“…because of the order of magnitude increase in fetal-loss report rates, from 6.8 fetal-loss reports per million pregnant women vaccinated in the single-dose 2008/2009 season to 77.8 in the two-dose 2009/2010 season, further long-term studies are needed to assess adverse outcomes in the surviving children.”

The AH1N1 vaccine was given to pregnant women on the assumption that it was safe since it was so similar to the regular flu vaccine that was being given to pregnant women. Not taken into account was the additive effect of two doses of injected mercury (which bypasses the absorption protection of the gastrointestinal system) would have on the fetus since thimerosal (the form of mercury in vaccines) is known to bio-accumulate in fetal tissue. Depending upon the gestational age, even with a single does of flu vaccine, a fetus may receive several thousand fold the amount of mercury deemed safe by the EPA for ingested mercury (for which the gastrointestinal system provides absorption protection). Also not considered was a possible synergistic effect from the combination of biologically active components in multiple vaccines given at the same time.4

It has been found that only about 1% of all vaccine reactions are reported to VAERS.5

The 2009 AH1N1 vaccine package insert even warns against giving the vaccine to pregnant women since it has not been evaluated for carcinogenic or mutagenic potential or for impairment of fertility. Furthermore, they state that they have no data regarding the ability of the vaccine to actually prevent the flu in adults and the elderly. They only know that it creates antibodies in healthy individuals. As we’ve learned earlier, production of antibodies is a poor indicator of efficacy for the flu vaccine.6

The WHO (World Health Organization) prioritizes pregnant women to receive seasonal flu vaccines, not because they are at a higher risk than others, but to help figure out how the vaccine performs on them and because they may be a good target group for flu shot campaigns. The following conclusions from a study to determine how likely pregnant women are to get very sick from the flu are rather shocking. The authors found that there are few studies about the incidence of flu during pregnancy or studies showing that they are likely to be severely affected by the flu; they are considered a high risk group even though there is currently no good data showing that to be the case.

The goal of this study was to estimate rates of severe laboratory-confirmed influenza disease in pregnant women in order to inform public health decision-making. We found a limited number of studies describing influenza incidence in pregnancy, and these studies employed heterogeneous methodologies. In light of these findings, we suggest that caution be taken when using data generated by our review to estimate disease activity or vaccine program impact. WHO influenza immunization policy recommendations, including the current recommendation that countries considering the initiation or expansion of programmes for seasonal influenza vaccination should prioritize pregnant women over other high-risk groups [1], are made to assist countries with identification of priority groups based not only on disease burden, but also on other factors, including vaccine performance and programmatic opportunities. Pregnant women have been identified as having increased risk and incidence of severe influenza disease by a number of studies that did not meet inclusion criteria for our review. These studies, however, include designs that are generally considered lower quality in the hierarchy of evidence: studies that lack laboratory confirmation, lack population denominators, or use ecological study methods. However, our study demonstrates that the incidence rate of severe disease in pregnant women remains difficult to quantify. More studies with consistent, high-quality surveillance methods and powered to be able to identify less common occurrences like ICU admissions and deaths would be helpful in better understanding the incidence of outcomes associated with influenza virus infection in pregnancy.7

Much more research is needed before the true safety can be determined. As of now the only real study being conducted is on the actual population including children, pregnant women, and even fetuses.

How Well Will the Flu Shot Protect You?

Manipulating Flu Statistics and the Public
Marketing Fear of the Flu 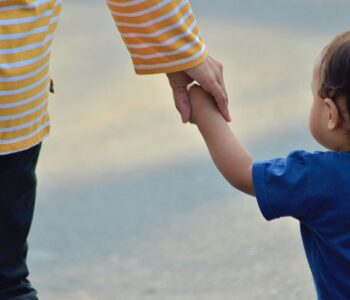 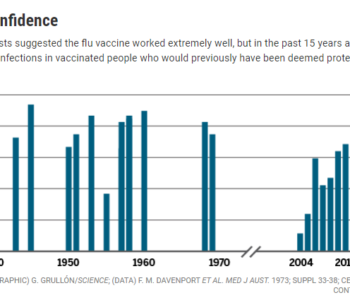 How Well Will the Flu…

Manipulating Flu Statistics and the…

Marketing Fear of the Flu