What Does Medical Consensus and Majority Opinion of Doctors Mean?

What do medical consensus and majority doctors’ opinion mean?

When we hear ‘the consensus among doctors is’, what exactly does that mean? And how are we to understand correct course of action? Opinion

Morbidity: the state of having a specific illness or condition.

Mortality: the number of deaths that have occurred due to a specific illness or condition. 1

Here are the CDC survival rates for COVID-19 patients as of Sept. 30 (mortality rate is  under 1% for most):

When headlines scream that “the consensus among doctors is” or “that a majority of doctors say” – we must ask ourselves the most fundamental of questions – “what exactly does that mean?” and “how are we to understand the correct course of action to take?”.

Let’s be clear: the work of science has nothing whatever to do with consensus. Consensus is the business of politics. Science, on the contrary, requires only one investigator who happens to be right, which means that he or she has results that are verifiable by reference to the real world. In science consensus is irrelevant. What is relevant is reproducible results. The greatest scientists in history are great precisely because they broke with the consensus. There is no such thing as consensus science. If it’s consensus, it isn’t science. If it’s science, it isn’t consensus. Period.

… Consensus is a political concept, not a scientific one.

Consensus finds a way through conflicting opinions and interests. Consensus is achieved when the outcome of discussion leaves everyone feeling they have been given enough of what they want. The processes of proper science could hardly be more different. The accomplished politician is a negotiator, a conciliator, finding agreement where none seemed to exist. The accomplished scientist is an original, an extremist, disrupting established patterns of thought. Good science involves perpetual, open debate, in which every objection is aired and dissents are sharpened and clarified, not smoothed over.

Often the argument will continue for ever, and should, because the objective of science is not agreement on a course of action, but the pursuit of truth. Occasionally that pursuit seems to have been successful and the matter is resolved, not by consensus, but by the exhaustion of opposition4

An article about climate change which aired both sides of the debate, had this to say:

Simply stated, we maintain that appeals to authority and scurrilous ad hominem attacks are no substitute for rational argument …

…  the truth is one thing, my knowledge of it is something else. And because this means that the essence of rational inquiry is intellectual humility. And also because the slow and painful advance towards truth is best served by the open and honest airing of disagreement …5.

How do we understand “the majority”?

Rabbi Rafael Szendro in his document “The accepted practice vs the majority opinion: practical halacha” writes:

How does a Rabbi justify making a decision which affects the lives of so many people medically and spiritually, when it would appear that they have no idea what they’re talking about? Usually, a Rabbi is expected to understand the facts of the case before giving a ruling or making a decision. The excuse they always give to this troublesome question is that we go with the majority. In other words, it’s ok that the Rabbi doesn’t know what he’s talking about. He doesn’t have to. He is simply relying on the majority. That sounds like a very nice answer. Whether requiring every individual to vaccinate their child, or to give a school the right to throw children out, this is the bumper-sticker
response every Rabbi likes to use: we follow the majority. The problem is, it is a completely irrelevant argument. It is irrelevant in Jewish law, in Jewish philosophy, and in basic logic.

First, we need to establish what it means to “follow the majority”. The only way we would ever do that is if you had the majority opinion. It isn’t enough to just have the majority, because then it simply becomes “the accepted practice”.

To illustrate this concept, Rabbi Szendro brings the example (among others) of Dr. Ignatz Semmelweiss, 1818-1865

… whose discoveries could have saved countless lives, had his colleagues not insisted on “following the majority”.

… He ordered the doctors to wash their hands in a chlorine solution before delivery. This caused the death rate to drop significantly  … His colleagues hated him, they refused to adopt his new approach, he lost his job, and he was eventually put into a mental institution where he died. According to what the Rabbis are telling us today, that we always follow the majority, the way they treated Dr. Semmelweis was perfectly appropriate … But here’s the question that we have to ask: why did most doctors reject his work? Was it because they disproved his theory by doing similar experiments and finding no difference in mortality rates between delivering babies with or without washing the hands? Or, did they despise him because he was suggesting that they were responsible for the death of their own patients? The answer is B. But regardless of the psychology behind their behavior, the bottom line is that no subsequent experimentation was done, and Semmelweis was never scientifically challenged or disproven. Therefore, it would be accurate to say that the majority medical opinion back then was in favor of washing your hands. The fact that the medical community “disagreed” did not represent a scientific opinion. Yes, it was the accepted practice that nobody washed their hands. But you can’t call that the majority opinion. The only medical literature available at the time showed the importance of washing your hands, and there was no medical literature to disprove it. If you think about it, Semmelweis’s belief was not only the majority medical opinion, it was unanimous.

… Therefore, in any given situation, especially where an important decision must be made, it isn’t enough to just look at what the doctors are doing. You must examine the scientific literature.

According to Shulchan Aruch (סע תריח’ ס ח“או) [a codification of Jewish law], when you have 2 doctors who say that there’s a risk of death, even if 100 doctors say there’s no risk, we listen to the 2 doctors. The Mishna Berurah explains:

Are vaccines safe? We have explicit Shulchan Aruch telling us that when it comes to פיקוח נפש [life and death matters] ,we don’t follow the majority. Therefore, according to Jewish law, vaccines are dangerous and toxic. Period.6

This means that when do not accept a blanket recommendation regarding any medical procedure that a doctor, or the CDC, or the Israeli Health Ministry, or your rabbi, or a group of rabbis say that is the consensus, or the majority opinion. You you must investigate further; if there is any indication that it might not be safe to take, then according to the Shulchan Aruch and Mishna Berura, you are not allowed to take it.

Has safety for the Covid-19 vaccine been proven beyond doubt?

Regarding the Vaccine Adverse Event Reporting System (VAERS), co-managed by the CDC and FDA, the document says “physicians will be reviewing the serious adverse event reports from VAERS for COVID-19 vaccines – review of individual reports, death reports,” and “will utilize statistical data-mining methods to detect disproportional reporting of specific vaccine-adverse event combinations to identify adverse events that are more frequently reported”7.

Furthermore, the WHO Chief Scientist, Dr. Soumya Swaminathan has this to say about the effectiveness of a Covid-19 vaccine[ref]https://twitter.com/disclosetv/status/1343620091695538179[/ref]

"I don't believe we have the evidence on any of the vaccines to be confident that it's going to prevent people from actually getting the infection and therefore being able to pass it on”, says WHO Chief Scientist @doctorsoumya pic.twitter.com/QdTvzj7Nyd

(Rodef Shalom – this tweet was deleted. We found her full video here)

What does the individual do?

Every person is responsible for making their own decisions and every person is responsible for asking a rabbi or doctor who comes along and tells you to do anything … say … what led you to that decision? … … If you’re going to base your actions and life on someone else’s endorsement then you’re not fulfilling your purpose in the world which is to really get your own information about what’s right and what’s really happening.10

According to the above – we do not accept consensus and majority opinion in matters of science and in matters of life and death. We do not accept the recommendations or rulings of rabbis who are relying on “the majority” of doctors (or colleagues) and/or who have not done their own thorough review of the medical and scientific literature.12 We not only have a right to question, we are obligated to question.

What will you do now that you know this? 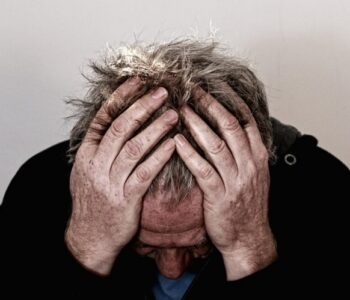 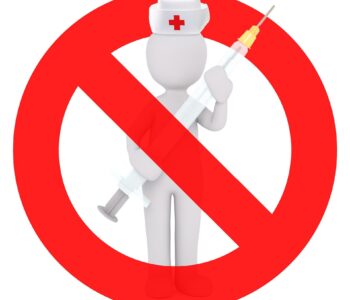 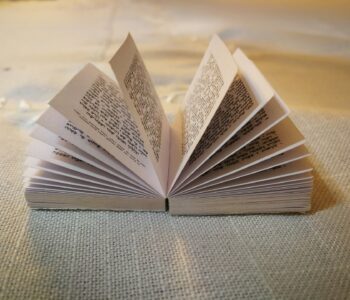 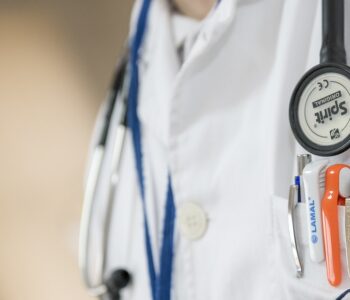