Protecting Our Children: Vaccines and Autism

The Hib vaccine has been considered to be a cause of autism. Is there one cause or many causes? How do we know? How do we protect our children?

Hib Vaccine Linked to the Rapid Rise in Autism

In 1988, the first conjugate vaccine was approved for use in the U.S.

It was intended to protect infants and young children against Haemophilus influenzae type b (Hib); a bacterial infection that can lead to pneumonia, infections of your blood, joints, bones, and pericardium.

Historically, it has also been a leading cause of bacterial meningitis.

Since that time, the vaccine has been approved in most developed countries, including Denmark and Israel where the vaccine was added to their national vaccine programs in 1993 and 1994, respectively.

Starting in the late 1980’s, there was a marked increase in the reported prevalence of autism spectrum disorders among children in the U.S.

A similar increase was seen in Denmark and Israel.

While the rise may be a reflection of “ascertainment biases,” researchers now suggest the Hib vaccine may be another trigger. The continuation of the trend toward increased rates of autism spectrum disorders could be further explained by the increased usage of the vaccine.

According to a recent study in the journal Medical Hypotheses:
“It is hypothesized here that the introduction of the Hib conjugate vaccine in the US in 1988 and its subsequent introduction in Denmark and Israel could explain a substantial portion of the initial increases in ASDs in those countries.

The continuation of the trend toward increased rates of ASDs could be further explained by increased usage of the vaccine, a change in 1990 in the recommended age of vaccination in the US from 15 to 2months, increased immunogenicity of the vaccine through changes in its carrier protein, and the subsequent introduction of the conjugate vaccine for Streptococcus pneumoniae.

Although conjugate vaccines have been highly effective in protecting infants and young children from the significant morbidity and mortality caused by Hib and S. pneumoniae, the potential effects of conjugate vaccines on neural development merit close examination.

Conjugate vaccines fundamentally change the manner in which the immune systems of infants and young children function by deviating their immune responses to the targeted carbohydrate antigens from a state of hypo-responsiveness to a robust B2 B cell mediated response.

Why Pinning Autism on a Particular Vaccine May Be Counterproductive…

According to Barbara Loe Fisher, co-founder and president of the non-profit National Vaccine Information Center (NVIC), vaccine injury is the result of a unique interaction between the host and the type and numbers of vaccines given to that person.

In other words, vaccine injury and death is induced by a number of co-factors, including:

Age at the time of vaccination Personal or family history of brain and immune system dysfunction (allergies, autoimmunity, seizures, etc.) Health status at the time of vaccination (coinciding acute or chronic illness)
Personal and/or family history of vaccine reactions Types and numbers of vaccines given the day after an initial reaction took place Types and numbers of vaccines given prior to experiencing a vaccine reaction

There is a tendency by researchers investigating vaccine injury and death to want to point to “one” cause as the reason for an individual’s vaccine reaction, or population-based chronic disease prevalence. Many different hypotheses have been forwarded by different people regarding the link between vaccines and the dramatic rise in autism over the past few decades.

Harris Coulter and Barbara Loe Fisher were the first to point to the whole cell pertussis vaccine, which can cause brain damage labeled as “autism” in some children.

In 1998, Andy Wakefield suggested a link between autism and the live virus measles-mumps-rubella (MMR) vaccine.
Mercury (thimerosal) preservatives in inactivated vaccines have been repeatedly implicated by various experts, as has the combination of MMR vaccine and thimerosal in vaccines.

According to Dr. David Ayoub, a radiologist and physician who has become a specialist on the additives and preservatives used in vaccines, aluminum adjuvants may be an even greater factor than thimerosal.

The “sole cause” hypothesis is convenient because it is simple and easy to understand. It is also easier for people to think that action can be taken to “fix” the problem if there is only one cause; i.e., separate the MMR vaccine into single doses; take thimerosal or aluminum out of the vaccines, and so forth.

However, the problem with promoting the “sole cause” hypothesis when it comes to vaccination is that the rise in chronic disease and disability among our children, including autism, is likely caused by a multiple factors in any number of combinations. Therefore, by trying to hone in on just one cause, we’re likely to fail in our efforts to curb this epidemic.

Why We Must Broaden Our Scope and Address Multiple Co-Factors

Ultimately, focusing on “one cause” does little more than cause confusion when that theoretical cause turns out to be lacking or incorrect. Furthermore, there’s a danger of wholly dismissing one potential cause after the other, as each potential cause fails to be proven absolutely causative. As a result, we may end up doing too little, or nothing, to eliminate the various co-factors that might be working in tandem to, ultimately, produce autism.

In addition to the vaccine-related factors just mentioned, there are numerous other potential co-factors that cannot yet be discounted, including:

This is one of the reasons why the NVIC avoids trying to pin any particular vaccine injury on any particular vaccine. Rather the main thrust of their information campaign is to simply question the wisdom of mandating increasing numbers of childhood vaccines in the absence of true knowledge. There are distressing gaps in vaccine safety science that precludes us from understanding the biological high-risk factors that make some individuals more susceptible than others, for example.

The current one-size-fits-all vaccine mandates simply throws too many children under the proverbial bus, because we simply do not know what all these vaccines are doing to individuals with different predispositions, or how different vaccines interact when given in combination.

Majority of Drug Reactions in Kids are Due to Vaccines

While it’s highly unlikely that any one vaccine is responsible for the autism epidemic, there are many signs indicating that we may be giving our children too many vaccines, and that vaccines of all kinds may be less innocuous than previously believed.

Case in point: The UK Medicines and Healthcare products Regulatory Agency (MHRA) runs a national spontaneous reporting system to collect adverse drug reaction (ADR) data.  More than 31,000 ADR reports for children below the age of 17 were received between 2000 and 2009, and vaccines were a factor in more than 66 percent of these pediatric drug reaction reports.

According to a recent review in the British Journal of Clinical Pharmacology:
“Vaccines were included in 22,102 (66.5%) pediatric ADR reports, with Meningococcal Serogroup C conjugate vaccine reported most frequently (12,106 reports)”.

So here again, we see yet another vaccine cropping up as being particularly problematic for young children and teens… It is telling however, that vaccines account for two-thirds of all adverse drug reactions in the UK, considering how hazardous pediatric drug use can be! 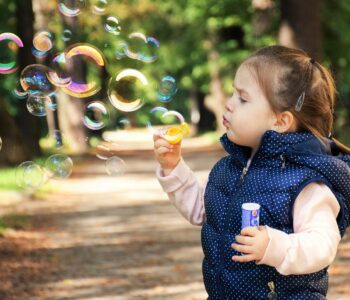