What Do Epidemiological Studies Tell Us About Vaccines & Autism?

Vaccines and Autism – What Do Epidemiological Studies Really Tell Us?

There are 16 epidemiological studies here on MMR vaccines, thimerosal and autism. These studies represent the most often cited papers by scientists, public health officials and members of the media when trying to refute any evidence of an association between vaccinations and autism. There are serious methodological limitations, design flaws, conflicts of interest or other problems related to each of these 16 studies. These flaws have been pointed out by government officials, other researchers, medical review panels and even the authors of the studies themselves. Taken together, the limitations of these studies make it impossible to conclude that thimerosal and MMR vaccines are not associated with autism.

SafeMinds would like to acknowledge the previous work in this regard gathered by the “Fourteen Studies” project at Generation Rescue: http://www.14studies.org/about.html

One additional study on autism and thimerosal was published in September 2011 while this paper was in completed draft form. This study’s methods produced a result that demonstrated that thimerosal exposure was protective against autism. Further analysis of this study is forthcoming but not included here.

Conventional wisdom holds that the autism-vaccine question has been “asked and answered,” and that at least 16 large, epidemiological studies have thoroughly addressed and debunked any hypothesis that childhood vaccination is associated with an increased risk of autism spectrum disorder.

But there are numerous critical flaws in such an oversimplified generalization, and they are rarely given close examination by public health experts or members of the media.

It is particularly discouraging that members of the scientific community are so willing to dismiss a hypothesis that has yet to be fully tested.  Overconfident pronouncements such as those found in the quotes above do nothing to advance either the cause of science or our understanding of the complex issues involved. They are, instead, the product of misunderstanding and wishful thinking, brought about by the overzealous drive to
‘disprove’ an unpopular and possibly disquieting theory.

Respected medical opinion-makers such as Dr. Snyderman and Dr. Offit mislead the public when they categorically state that there is “no link” between vaccines and autism. Their misguided conclusions are based on incomplete knowledge and misinterpretations, and likely to be influenced by personal and professional conflicts of interest; conflicts illustrated by their intimate and lucrative financial bonds with GlaxoSmithKline (Snyderman) and Merck (Offit), – two of the world’s leading vaccine manufacturers.

There is a host of reasons why the cavalier dismissal, by scientists and physicians, of any possible vaccine-autism association is premature, shortsighted, and wrong.

But first, some clarification about terminology. Frequently, a counter-claim to those made by the likes of Snyderman and Offit is that ‘epidemiological’ studies cannot be used to establish or refute, causality.

Epidemiology is the study of the distribution and determinants of disease in the human population; the basic science and fundamental practice of public health (Nordness, 2006).

Epidemiological studies may be descriptive or analytical (see for example Hennekens and Buring, 1987), Descriptive epidemiology aims to describe the general characteristics of disease distribution in relation to person, place and time. Studies of this type provide information to health care providers and those responsible for resource allocation and may also be used to generate hypotheses about disease causality, but their design
precludes them from being used to test hypotheses. 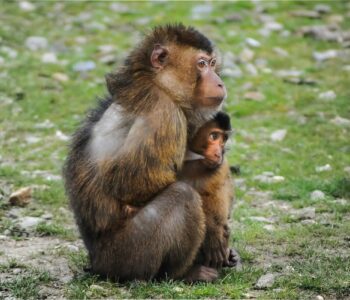