Vaccine Policies: Can They Keep Your School or Shul Free of Disease Outbreaks?

Rodef Shalom 613 > About Vaccines > Herd Immunity > Vaccine Policies: Can They Keep Your School or Shul Free of Disease Outbreaks?

Can banning unvaccinated children and adults be a reasonable and effective tactic to keep our community safe?
What role, if any, do varying levels of immunity among vaccinated individuals play in disease outbreaks?

The foremost reason for banning unvaccinated individuals from schools and shuls (synagogues) is the claimed high rate of mortality and serious adverse events. Is the death rate from measles really 1 in 1,000, as is reported?

1. Statistical data prior to the introduction of the measles vaccine in 1963 shows a 98% decline in mortality from measles by 1960. By that time, the measles death rate had dropped to 1 in 500,000 population. The same is similarly true for all other infectious illnesses.
2. CDC measles data for the five years prior to the introduction of the vaccine reveals an estimated
3-4,000,000 cases of measles annually and between 450 – 500 deaths per year (elsewhere they state an average of 432 deaths). Thus, the death rate was about 1 in 8,000, not 1 in 1,000, of those who contracted measles.
3. Since 2003 there has only been one confirmed case of a measles death in the US.
4. Historical records of developed nations from before 1963 describe measles as a mild to moderately severe ailment with low mortality; it is generally, and more easily, experienced by young children. The few adults who contracted measles were severely affected.

Unvaccinated children are said to present a greater threat to the immunocompromised and the general public than the vaccinated. Is this true?

Immunologist Tatyana Obukhanych, PhD says no. She explains that many recommended vaccines only prevent symptoms of illness but not transmission and others are for noncommunicable infections1.

Can anyone other than the unvaccinated contract and transmit infectious illnesses? Yes, for the following reasons:

Lab testing is needed to identify vaccine and wild-type strains of infection so those recently vaccinated cases are not counted as part of an outbreak. 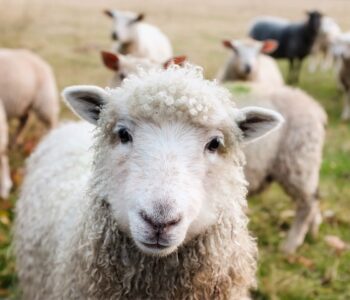