What is herd immunity?

Herd immunity is the theory that when enough of “the herd” is immune to a particular virus or bacteria, transmission is stopped and the pathogen no longer circulates among the population. Before vaccination natural herd immunity was obtained in populations when everyone but the new susceptible group was immune to the pathogen.

The term herd immunity has been co-opted to refer to the effect that vaccines should have for a society. Initially, it was thought that at least 55% of the population needed to be vaccinated for measles in order to stop it’s spread. It was quickly realized that not only would multiple vaccinations (booster shots) be needed, but that the percentage of the population needing to be vaccinated was greater. Currently, vaccinologists claim this figure needs to be 95% or greater. And even then, outbreaks repeatedly occur in highly vaccinated populations.

The case for mandated vaccination – is it reasonable?

Those who want vaccinations mandated claim that families that don’t vaccinate are being irresponsible and selfish by relying on others to protect their children.

The obvious and usual question ask by those against mandated vaccination is this: If your child is vaccinated, what are you worried about?

These are the two answers given:

These answers, however, are without merit since:

If this is a matter of pikuach nefesh (saving lives), we should be testing all children for antibodies, and kick out those who exhibit primary or secondary failure. Whether they did their hishtadlus (effort) or not is immaterial, after all, Lo Sa’amod Al Dam Re’acha (do not stand idly by your brother’s blood)! Anyone who does not have antibodies, vaccinated or not should be considered a danger to the other kids. And if it is permissible for those children for whom the vaccine did not work or waned to remain in school then the 10 – 20% who don’t vaccinate should be able to remain as well.

These are acknowledged by vaccine proponents and the CDC.

The pretense of herd immunity as a reason for mandating vaccines appears to be without merit. There is a big difference between vaccine coverage and vaccine immunity. Even mandating 100 percent coverage does not mean that there will be anywhere near assumed vaccine immunity rate which is claimed necessary for herd immunity. Therefore, there is no basis for mandating vaccines and unless children are sick or have been exposed to someone who is contagious, all children should be allowed in school. 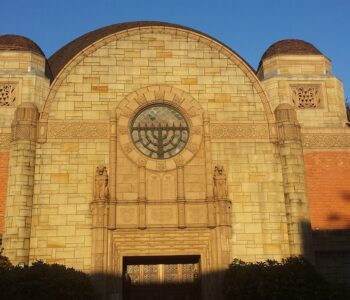 Vaccine Policies: Can They Keep…