AlchemyHealth.com/au The Basic Allergy Info You Need To Know

Over 100 years ago, Nobel Laureate Charles Richet discovered that injecting a protein into animals (and humans) can promote a reaction that causes the body to become sensitive to that protein. Re-exposure to the same protein later on could result in severe allergic reactions—including anaphylaxis.”1’2

Today we have an unprecedented, and growing, number of children (and adults) who are allergic to foods, many of whom have anaphylactic reactions. While there are many probable triggers, one of the most important may be vaccines. Vaccines contain a number of food proteins such as hydrolyzed casein and casamino acids (from dairy), bovine serum albumin (from cows), yeast protein, hydrolyzed gelatin (from cows or fish), egg protein, soy peptone broth, and more. Polysorbate 80, sorbitol, and other synthetic ingredients in vaccines may be sourced from a variety of foods including coconut, wheat, corn, and legume and nut oils. Since these proteins are injected into the bloodstream, rather than going through and processed by the digestive system, the body reacts to them as foreign materials and activates the immune system against them.

The CDC, acknowledging that vaccines can cause serious allergic reactions, states in its guidelines for each vaccine that individuals who have had allergic reaction after a previous dose of any vaccine that protects against that particular disease for which the vaccine was created, or has any severe, life-threatening allergies should notify their healthcare provider and not be given that vaccine or should wait.3 Anaphylaxis is listed as one of the automatically compensable vaccine injuries by the National Vaccine Injury Compensation Program.45

“In the past, some vaccines have actually contained peanut oil—and, even today, vaccine manufacturers are not required to list the exact ingredients of certain vaccine additives, including oils used as adjuvants or surfactants. In addition to the fact that peanut oil might be lurking in vaccines, other ingredients are similar enough to the proteins in peanuts and tree nuts that they can cause sensitivities in children that later result in serious allergic reactions. For example, a child who is allergic to peanuts may also be allergic to legumes and soy—the similar structure shared by these proteins can trigger a deadly reaction. Some vaccines given in early childhood contain soy peptone, which could trigger both soy and peanut allergies.” 6

Prevnar13, given to children starting at 6 weeks of age for prevention of pneumococcal pneumonia, contains soy peptone broth.7

Studies demonstrate the causal relationship between vaccines and food allergies

Based on the work of Richet, other scientists have determined that food proteins in vaccines can induce allergies:

Other corroborating evidence regarding vaccines and allergic and/or anaphylactic reactions include:

From the transcript. Q refers to a question by attorney Aron Siri for Dr. Plotkin; A refers to Dr. Plotkin’s answer:

Unfortunately, Dr. Plotkin was wrong about the vaccines not containing calf serum. All three types of the MMRV vaccine ProQuad have bovine calf serum, as does the IPV vaccine Ipol, the refrigerator stable Varivax, and both forms of Zostavax. Other vaccines contain bovine serum and fetal calf serum. 14

No guidelines or oversight to monitor vaccine allergens

“As if the rise of food and other allergies were not bad enough, studies are documenting a qualitative shift in the “natural history” of food allergy toward a “more frequently…persistent rather than…transient” condition. Moreover, dangerous manifestations of allergy such as anaphylaxis may be even more widespread than we know, because anywhere from 21% to 57% of cases of anaphylaxis are misclassified and given a less severe diagnostic code. …

“Although many researchers recognize the importance of avoiding “excessive activation” of the immune system in early life, the rush to overload the vaccine schedule continues unchecked. …”17 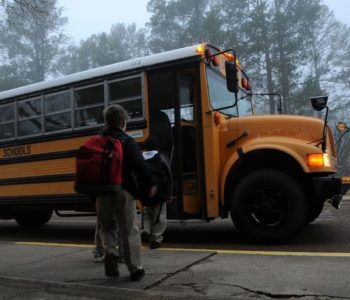