Prevalence and dangers of food allergies in US children

Anaphylaxis is a serious and potentially fatal allergic reaction. It generally causes more than one of the following symptoms which occur within minutes or hours: an itchy rash, throat or tongue swelling, shortness of breath, vomiting, lightheadedness, and low blood pressure 2. Food allergies are known to cause life threatening anaphylactic reactions. Of the approximately 72,800,000 children under the age of 18 in the United States today, an estimated 5,600,000 (7%) have a food allergy. Of those, 2,240,000 (40%) are allergic to 2 or more foods. Anaphylactic reactions are experienced by over 40% of children who have food allergies. Children with known allergies often carry epi-pens containing epinephrine, a medication that can immediately stop an anaphylactic reaction. Statistics show that: 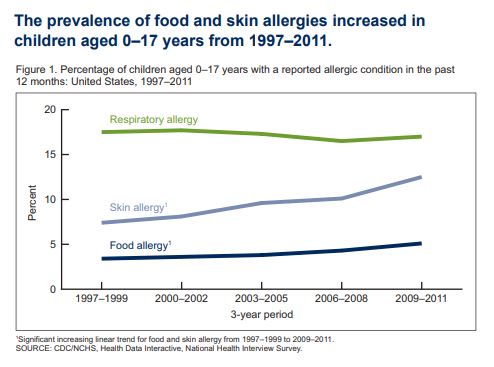 Studies in individual states, such as this one in New York, show that anaphylactic allergic reactions represent the greatest number of hospitalizations. 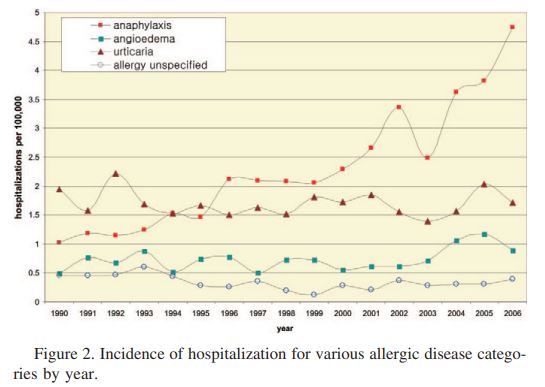 Increasing rates of food allergies is a global problem as depicted by the graph below. Hospitalizations for children with food allergies have been increasing internationally, not just in the US.

“In general, the increase in hospitalizations is predominantly due to
food-related anaphylaxis, particularly in children…5”

Food allergies were practically unknown as few as forty years ago.

“We’ve become so used to the prevalence of food allergies that it’s easy to forget that forty years ago, food allergies were nearly unheard of. The wave of serious allergies didn’t appear until the 80s, and a sudden spike in life-threatening food allergies began in the mid-1990s. In fact, food allergies increased by an astounding 377 percent between 2007 and 2017!” 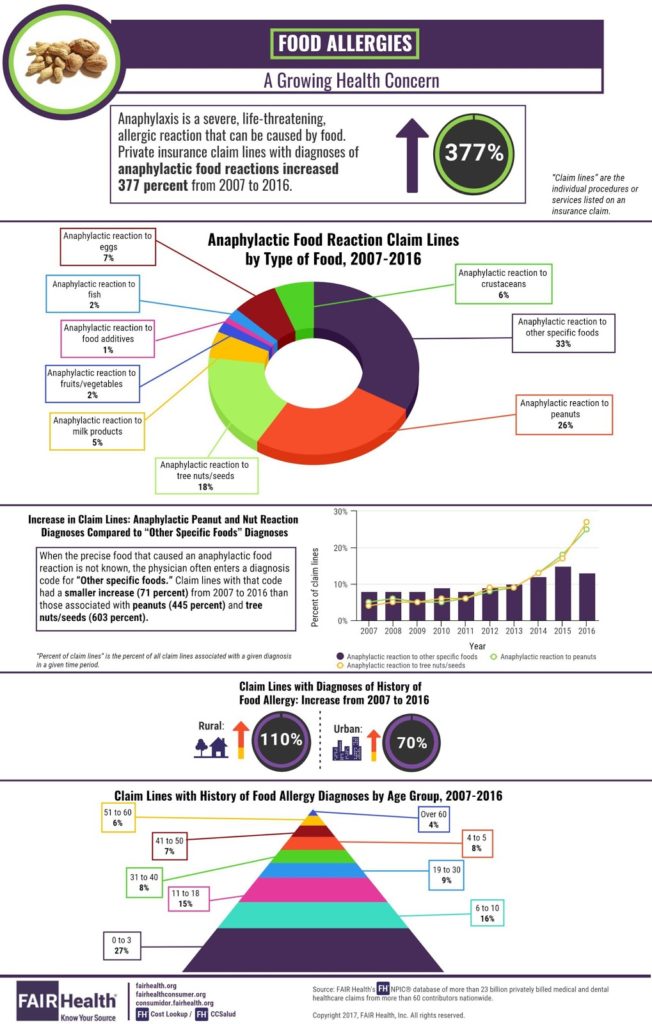 “The greatest rise in hospital reactions to eggs, wheat, and even gelatin are also on rise. On average, in every school classroom there are at least 2 children with life-threatening allergies and allergic reactions send 200,000 people to the hospital yearly.” admission for anaphylaxis has been due to peanut or tree nut allergies, but other food allergies are also becoming more common6.“ 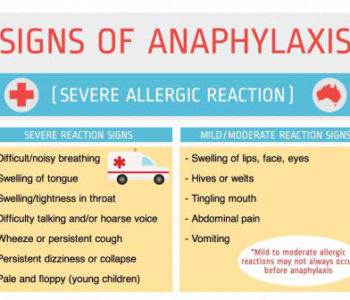