From the blog of Rabbi Chananya Weissman

Not too long ago, a daredevil was someone who climbed Mount Everest or jumped out of planes. That’s all changed. Right now I’m the bravest person in the room.

This past Shabbos I made it known that I was willing to shake anyone’s hand at my minyan. People responded with bewilderment, amazement, and maybe a touch of admiration. But there were no takers. They didn’t want to die.

Praying outside on a windy, frigid Shabbos was an acceptable risk, but shaking my hand was asking for it. The benefits were too small, the risk simply not worth it.

I read the Torah on Shabbos, as I do almost every week. Those given an aliya endangered their lives to stand closer to me than usual, but it was only for a few moments, and worth the risk. Despite the added danger, however, none of them saw fit to bentch gomel. Interesting.

None of the men kissed the Torah. One man touched it with the end of his tallis, then brought the tallis up to his mask for a pretend kiss. Apparently, touching the outside of your mask with invisible death is safe enough and in line with current health ministry guidelines.

I made a point of touching the Torah, then kissing my fingers, and announced that I was not afraid it would be the kiss of death. The other men looked at me with astonishment and nervous smiles, unsure if I was crazy, heroic, or the only sane one. That’s what the fear and confusion have reduced us to.

A Jew is not supposed to be like this.

We have been reduced to a community of paranoid hypochondriacs, afraid that every breath will kill us, that the most basic human contact is an unreasonable roll of the dice, that everything we once considered normal and even obligatory must be off limits indefinitely – in some cases even forever.

This is insane. This is against everything the Torah teaches us.

I am not denying that covid is real and should be taken seriously. At the same time, I am denying that the angel of death is roaming among us, felling people left and right like Biblical plagues. This is not a Biblical plague. There are a million ways we can die, and covid is just another one.

I don’t want to get it, and I don’t want to give it to anyone else, but the terror that we have been living with for the last year is unjustified. Because of this terror, one third of Israel is currently living in poverty, with many others barely hanging on. Drug and alcohol abuse are up; domestic abuse is up; suicides are up; social workers are overwhelmed; elderly people are dying from loneliness; children are traumatized; parents are falling apart; thousands of businesses have closed forever; and so much more.

They tell us if it saves one life it’s worth it. That is a ridiculous bit of propaganda. We are not saving any lives. We are destroying our society and everyone in it – except for a very privileged and powerful few.

Chazal teach us that an impoverished person is like a dead person. The government has no moral right to impoverish millions of people, destroying their lives and their families, because it may conceivably protect other people’s lives. They have no right to decide whose livelihood is essential, nor whose life is more essential; those who “lock down” their populations should instead be locked up.

If we know someone has covid we should not share the air they breathe. However, it is not the Jewish way to live in terror that everyone around us is infected, and that every object is carrying a deadly virus. It is forbidden to think like this, and it is forbidden to live like this.

It is forbidden to distance yourself from loved ones, friends, and strangers because you are afraid their breath or touch will kill you, or that yours will kill them, when you have no concrete reason to believe anyone is infected.

There is no precedent in our history for Jews to live this way, even during the worst of plagues. For a short time, maybe. Even so, it was never like this. The sick were quarantined, and those who were afraid to be near them were absolved from doing so. But it was never imposed on everyone; it was never claimed to be a Torah obligation that blotted out the rest of our existence.

Indeed, Gedolim and tzaddikim would often tend to the sick when others were afraid to go near them. Some of them eventually became sick themselves and died; many did not. That is part of life, and sometimes that is how life ends. If it was someone’s time to go, at least it was through helping another person and truly living, otherwise it would have happened a different way.

The notion that we must live in terror, our entire focus devoted to maximizing our chances for survival at the expense of actually living, was never entertained. That’s not the Jewish way. It’s insane.

Now we are told that unless we take an experimental “vaccine”, which has already harmed many people, which tens of thousands of doctors without ties to the establishment and the big corporations have raised concerns about, whose long-term effects are entirely unknown, whose creators haven’t even taken it under the ridiculous claim that your life comes first (since when?), and which in a best-case scenario will only reduce one’s chance of getting a serious case of covid if he ever catches it at all…we are told that this “vaccine” is obligatory according to the Torah, even though the risks are real, the effects are unknown, and the benefits achievable in safer ways.

Under normal circumstances people would be extremely leery of this. But because everyone is terrified and hysterical, mentally worn down, desperate for any light at the end of the tunnel, they are lured by hype, propaganda, and assurances that it will all be fine.

When I made it known on social media that I was willing to shake hands, many people applauded, but others were outraged. Some people, including Jews who wear yarmulkas and sheitels, accused me of being a rodef. According to Jewish law, a rodef can be assassinated by anyone, without even a trial, to protect the lives of others. For stating that I was not afraid to shake the hand of a fellow Jew, I was accused in all seriousness of being a rodef.

This is not Judaism. It is utter insanity.

The Mishna in Shabbos (Chapter 2, Mishna 5) teaches that one may extinguish a candle on Shabbos for one of several reasons, including ruach ra’ah, an evil spirit. Rashi explains that this refers to someone who is tormented by what he sees around him, and when he is in darkness he is more comfortable. The Rambam elaborates that some people are tormented by normal human behavior and social company, and extinguishing the light gives them relief. It is such a serious condition that one may violate Shabbos.

My fellow Jews, this is the condition that has overtaken almost all of us. We are tormented by normal human behavior and social company, terrified that every breath or touch might kill us. This is not an appropriate reaction to a virus, even to a severe virus. It is a mental illness, and it is destroying us.

It is indeed remotely possible that shaking hands, kissing a Torah, going to work, opening a business, riding a bus, and other such basic human behaviors will indirectly be the cause of our death. However, according to the Torah we are not allowed to worry about such things – even during flu season, and even when there is a virus going around. It is plausible that if we refrain from such normal behaviors, extinguish the candles, and live in darkness that we will prolong our lives.

The vast majority of us have thankfully survived the last year. But something inside most people is dead.

May God help us wake up and bring the dead back to life. 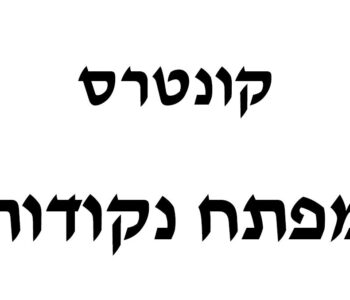 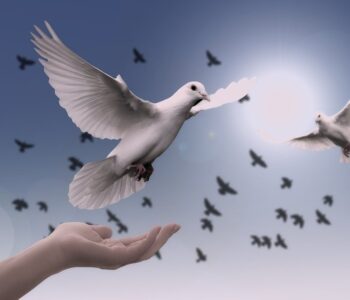 Ministry of Health Rules Are… 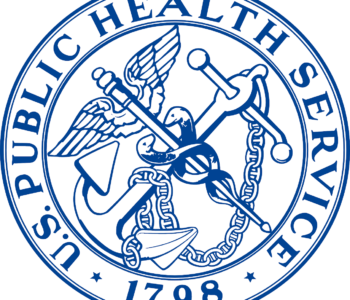