The Heinous Background of WHO Director-General Tedros Adhanom Ghebreyesus

While all eyes are on the WHO during this pandemic, it pays to take a look at the person at the helm.

Let’s go through them one by one:

First WHO Director-General who is not a medical doctor

Tedros received a BS in Biology from the University of Asmara, after which he worked as a Junior Health Expert for the Ministry of Health of the Dergue, the Marxist government ruling Ethiopia under dictator Mengistu Haile Mariam.  After the fall of the Dergue in 1991, Tedros  moved to London for graduate school where he acquired a Master’s of Science in Immunology of Infectious Diseases. In 2000, he received a Ph.D. in Community Health from the University of Nottingham.

For many years, health experts in Ethiopia noticed a strange phenomenon: The government was refusing to acknowledge cholera outbreaks.

Instead, the authorities labelled the outbreaks as “acute watery diarrhea” – a broader term that includes milder diseases. Research by Human Rights Watch found that the Ethiopian government was pressuring its health workers to avoid any mention of cholera, which could damage the country’s image and deter tourists.

Throughout this period, one of the most powerful officials in Ethiopia’s authoritarian government was Tedros Adhanom Ghebreyesus, first as health minister and then foreign minister. In 2017, he was elected to a new post: director-general of the World Health Organization.

Critics say the cholera saga in Ethiopia is a sign that Dr. Tedros is comfortable with the secrecy of autocratic states – a tendency that may have led him to accept China’s earliest reports on the novel coronavirus outbreak in December and January without challenging its officials with tough questions.

“Dr. Tedros is the product of a deeply authoritarian regime,” said Jeffrey Smith, director of Vanguard Africa, a U.S.-based consultancy that lobbies for democracy in Africa3.

Testing for cholera is not difficult.

Outbreaks occurring in 2006, 2009 and 2011, he said, were only “acute watery diarrhea” in remote areas where laboratory testing “is difficult.” That is what the Ethiopian government said then and is saying now about an outbreak that began in January.

W.H.O. officials have complained privately that Ethiopian officials are not telling the truth about these outbreaks. Testing for Vibrio cholerae bacteria, which cause cholera, is simple and takes less than two days.

During earlier outbreaks, various news organizations, including The Guardian and The Washington Post, reported that unnamed Ethiopian officials were pressuring aid agencies to avoid using the word “cholera” and not to report the number of people affected.

But cholera bacteria were found in stool samples tested by outside experts. As soon as severe diarrhea began appearing in neighboring countries, the cause was identified as cholera.

United Nations officials said more aid could have been delivered to Ethiopia had the truth been told.

There are many causes of acute watery diarrhea, and the treatment is basically the same as for cholera: intravenous and oral rehydration, accompanied by an antibiotic if the cause is bacterial.

But cholera is especially virulent and kills some victims in less than 24 hours. Since it emerged from the Ganges River Delta in 1817, it has killed tens of millions around the world4.

Tedros was one of the top three members of the TPLF and the party is “ultimately responsible for all the corruption, killings, torture, mass detention, land grab or displacement. He was very close to the late dictator Meles Zenawi, who trusted him to be a confidant as well as a cabinet minister.”

… former security official Ayalew Meshesha, says that Adhanom was not only involved in facilitating Tsege’s kidnapping but also played an active role in the rendition of over 760 dissidents who fled to Yemen5.

Prior to his current position at the United Nations’ health organization WHO, Tedros, was a leader of the Ethiopian People’s Revolutionary Democratic Front (EPRDF).

EPRDF a group that was designated as a terrorist organization by the United States Department of Homeland Security.

The group overthrew the government of Ethiopia to seize control of the country in the 1990s and was designed a “terrorist organization” by the U.S. “on the basis of its violent activities before it became part of the ruling coalition.”

A memo from the Department of Homeland Security in 2014 details the background of the EPRDF.

The TPLF is a political group founded in 1975 in Ethiopia, as an opposition group.

The TPLF engaged in prolonged armed conflict with the government of Ethiopia, which, along with other groups, it succeeded in overthrowing in 1991.

The TPLF then joined the Ethiopian People’s Revolutionary Democratic Front (EPRDF), a political coalition that became the governing coalition in Ethiopia.

The EPRDF continues to control the government of Ethiopia.

The TPLF qualifies as a Tier III terrorist organization under INA section 212(a)(3)(B)(vi)(III) on the basis of its violent activities before it became part of the ruling coalition and the government of Ethiopia in May 1991.

In 2017, National Review called for the WHO to be defunded, in part, over Dr. Tedros’s ties to the terror group.

Dr. Tedros, as he likes to be called (he has a Ph.D. in community health), is a leader of Ethiopia’s brutal minority party, the Tigray People’s Liberation Front, a wing of the ruling Marxist-rooted Ethiopian People’s Revolutionary Democratic Front.

He served the violently repressive regime as minister of foreign affairs from 2012 to 2016, after a stint as health minister6.

The United States State Department has categorized TPLF as a terrorist organization due to its “violent activities before it became part of the ruling coalition and the government of Ethiopia in May 1991” 7.

In their extensive research article they explain:

In that regard, we present a case of Dr. Tedros A. Ghebreyesus’s candidacy for World Health Organization (WHO) Director General position as an example of diplomatic backing playing more importance for open vacancies of such magnitude than the individual’s background or credentials. Irrespective of the final outcome, the fact that an individual accused of systematic genocidal violence and human right violations by his opponents, who could even be subject to criminal investigations in the future at his own country or at International level, became one of the top three contenders for WHO Director General position is by itself an indication that the foundational principles in the recruitment policy for leadership role at International Public Health Organizations are violated.

Now we can understand why Tedros, as General Director of the WHO, had no hesitation about naming Zimbabwean dictator, Robert Mugabe, as WHO’s “goodwill ambassador”.

In October 2017, Tedros named Mugabe a “goodwill ambassador” to help combat non-communicable diseases in Africa, provoking outrage from medical professionals and human rights groups. At the time the New York Times noted: The role of good-will ambassador is largely symbolic, but rights groups were scathing in their reaction to the symbolism of giving it to a man whose leadership, they say, has led to the collapse of its health service and major rights abuses in Zimbabwe. Ultimately, Tedros rescinded his decision to name Mugabe “goodwill ambassador” in the wake of criticism9. 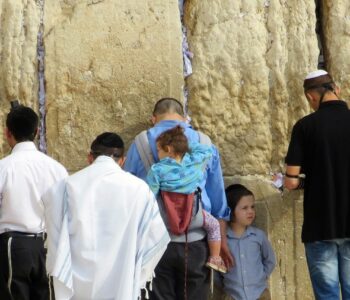 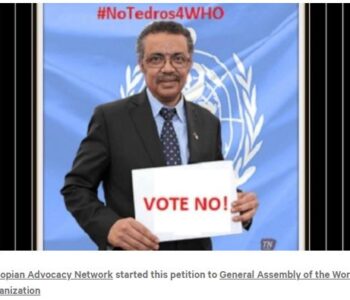 How a Terrorist Became Head… 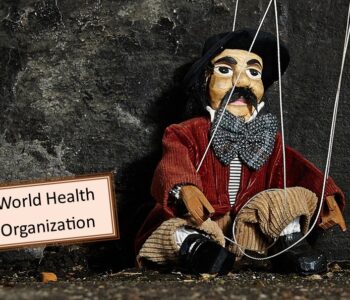 Why Does It Matter that…