Autism and Aluminum Adjuvants in Vaccines

How Aluminum Adjuvants in Vaccines Can Cause Autism

Vaccines Do Not Cause Autism” “There is no link between vaccines and autism.” “…no links have been found between any vaccine ingredients and autism spectrum disorder.” (CDC website, August 2017)

These statements are not supported by available science. The CDC’s evidence supporting these statements is limited to the MMR vaccine (Taylor 2014), thimerosal preservative (Taylor 2014) and vaccine antigen exposure (DeStefano 2013). Dr. Frank DeStefano of the CDC’s Immunization Safety Office is co-author of a paper (Glanz 2015) which states:

“To date, there have been no population-based studies specifically designed to evaluate associations between clinically meaningful outcomes and non-antigen ingredients, other than thimerosal.

This statement applies to, among other vaccine ingredients, aluminum adjuvant. Studies of MMR vaccine cannot be used as evidence of safety for other vaccines, for example vaccines that contain aluminum adjuvant. The overly-broad, generic assertions that no vaccines and no ingredients
cause autism are thus not supported by scientific evidence. In fact, the CDC statements are contradicted by a large, consistent and growing body of scientific evidence, including:

The accumulating evidence indicates that vaccine-induced immune activation, and aluminum adjuvants in particular, may cause mental illnesses and neurodevelopmental disorders, including autism. In this paper, we present scientific evidence that aluminum adjuvants can cause autism and other brain injuries. Also, we explain why the studies allegedly supporting the safety of aluminum adjuvants do not show safety for adverse neurological outcomes. 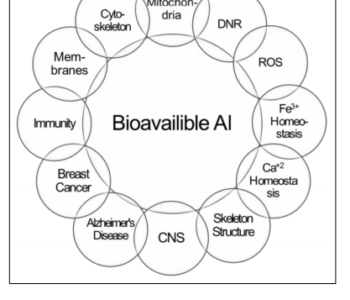