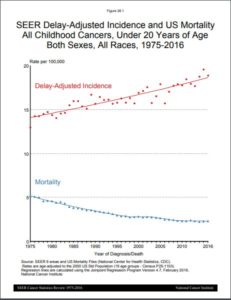 While survival rates of five years or more for childhood cancers have increased in the US from 58% in the 1970’s to the current rate of 84%, the incidence of childhood cancer has been increasing over the past decades. About 11,050 children under the age of 5 will be diagnosed in 2020, and about 1,190 are expected to die. Cancer is the second leading cause of death in children ages 1 to 14, accidents being the first1.

Only Hodgikin’s lymphoma has decreased in incidence during this time period3.

According to research published in the Medical Journal of Australia, cancer increased 1.2% per year between 2005 and 2015, and is expected to rise 7% more over the next 20 years4. 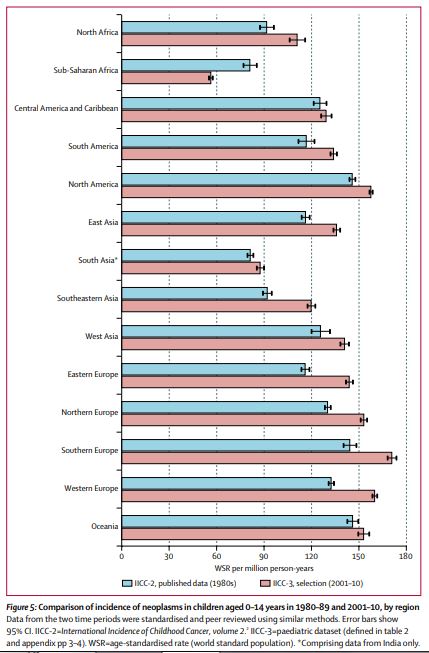 The largest increase was seen in infants. In children less than 5 years old, cancer rates increased for both common types of childhood leukemia, one brain tumor subtype, neuroblastoma and hepatoblastoma (except Southern Asia). Hepatoblastoma, which is a rare liver tumor, had the largest increase in incidence in 11 out of 15 regions, ranging from 1.9-6.5 percent per year). The only cancer to decrease over that period was astrocytic tumors in the brain6. 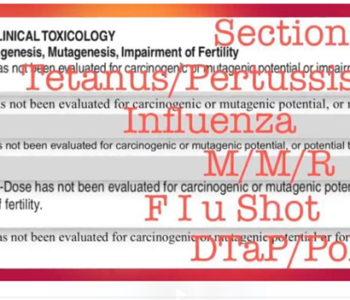