Drug and Vaccine Approvals in Light of Pharma Funding 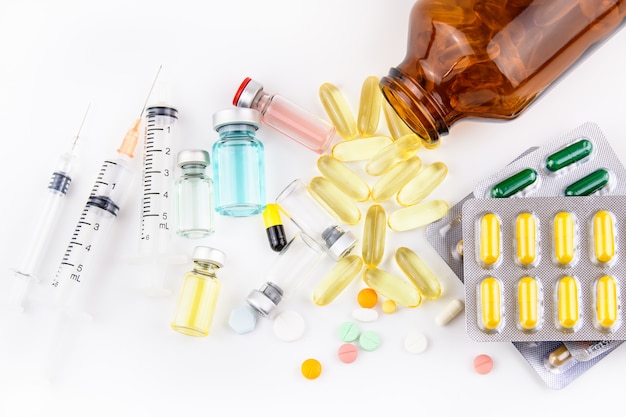 As explained in an article detailing the results of a POGO investigation, FDA Depends on Industry Funding; Money Comes with “Strings Attached”, the act expires every five years, when the FDA must negotiate with the pharmaceutical industry to keep paying the fees. The result of the regulator negotiating with the very industry to be regulated means that the FDA is not free to use the money it receives from industry in any way it sees fit. In 1992 these fees were 35% of the FDA’s funding for drug review; by 2016 the fees made up 71% of oversight funding.

….In practice, the FDA has interpreted that to mean negotiate over how it spends the money and assesses drugs. The negotiations produce recommendations for Congress and an FDA “commitment letter” laying out goals for the agency. It’s unclear what would happen to the user fees if the FDA and industry didn’t agree on terms.

This arrangement gives the pharmaceutical industry extraordinary influence over its government overseer. It leaves the regulator beholden to the regulated.

The Act’s affect on drug approvals

Here are just three of many examples of  drugs which should never have been approved:

… FDA reviewers and advisory committee members were unable to reconcile the patient testimonies with the data the drug maker had gathered. The “testimonies spoke of improvement; the data showed progressive worsening,” Unger wrote, using italics for emphasis.

The FDA’s decision ultimately rested with Robert Califf, the head of the agency, who formerly ran clinical trials for drug companies. Califf concluded that the drug’s “clinical benefit has not yet been established.”

He approved it anyway.

In 2011, the FDA approved the blood thinner Xarelto to prevent strokes in heart patients despite the fact that the manufacturer-sponsored clinical trial on which the FDA based its decision had a potentially crippling flaw: it relied on faulty blood testing devices that had already been the subject of two FDA warning letters.

… Pradaxa, a new-generation blood thinner approved in 2010 and later named in many reports of deadly bleeding. The FDA approved Pradaxa on October 19, 2010, precisely the target date for FDA action—also known as the “PDUFA date”—dictated by the user fee regime’s accelerated timetables.

The Act’s affect on vaccine safety

Captured agencies operate “essentially as…advocate[s] for the industries they regulate,” abrogating their duty to act in the public’s interest. Vaccine and drug fast-tracking provide a clear example of FDA regulatory capture. In 1992, Congress passed the Prescription Drug User Fee Act, allowing pharmaceutical companies to make payments to the FDA (called “user fees”) in exchange for expedited approval of drugs and biologics, including vaccines. Additional legislation in 2012 further facilitated “accelerated” approval by allowing the FDA to use surrogate endpoints to evaluate a drug or vaccine rather than waiting to assess longer-term clinical benefits.

In fact, government authors who churn out boilerplate articles about vaccine safety exhibit a fondness for the notion that post-vaccination mishaps are simply a fluke. Industry, too, likes to tell the public that it has “guidelines and algorithms” to differentiate between a post-vaccination adverse event that “may” be causally related to a vaccine versus an event that is coincidental to vaccination.

Even when the adverse event in question is a death “temporally associated with vaccination,” government researchers like to rely on the coincidence argument—all the while conceding that “loved ones and others might naturally question whether it was related to vaccination”! This, despite admitting to “rare cases where a known or plausible theoretical risk of death following vaccination exists,” …

With the FDA’s disproportionate reliance on user fees to fill out its budget, and silly arguments about “coincidences,” it is difficult to make a convincing case that the agency’s vaccine licensing decisions remain uncontaminated by pharmaceutical industry preferences. …