Conflict of Interest at the CDC

CDC reputation as an independent agency

The CDC (Center for Disease Control and Prevention), a division of the US Department of Health and Human Services, is considered a highly credible agency working for the public good based on its disclaimer asserting that it has no ties with and receives no funding from commercial sources. Therefore, it enjoys great respect. Laws are passed based on the CDC’s say so and doctors and health experts around the world form their opinions and decisions based upon this perception of impartiality.

Despite the CDC’s claims, a 2015 report in the BMJ, Center for Disease Control and Prevention: protecting the private good?, revealed that since 1983

…the CDC has been authorized to accept “external “gifts” from industry and other private parties. In 1992, Congress passed legislation to encourage relationships between industry and the CDC by creating the non-profit CDC Foundation, which began operations in 1995.

This revelation raised the question about the effects such industry largess, particularly from drug companies, had on the activities and policies of the CDC. An investigation by BMJ associate editor, Jeanne Lenzer, revealed that:

Numerous manufacturers give donations to the CDC Foundation. Janssen also contributed $1.5m in 2012-13,1 and in 2011-12 contributors included Merck ($915 149), Genzyme ($762 000), Sanofi-Aventis ($600 000), and Abbott Laboratories ($550 000). The CDC has recently issued controversial recommendations for screening tests and drugs,2 4 and is currently overseeing several equally controversial studies.5 Some of these are associated with “conditional” industry funding…

…The scientific debate along with the price tags of the newer drugs (over $84 000 per treatment course for the new drug sofosbuvir), raise questions about CDC’s industry funding.

In 2010, the CDC, in conjunction with the CDC Foundation, formed the Viral Hepatitis Action Coalition, which supports research and promotes expanded testing and treatment of hepatitis C in the United States and globally. Industry has donated over $26m to the coalition through the CDC Foundation since 2010. Corporate members of the coalition include Abbott Laboratories, AbbVie, Gilead, Janssen, Merck, OraSure Technologies, Quest Diagnostics, and Siemens—each of which produces products to test for or treat hepatitis C infection.

Following criticism of the CDC and its foundation for accepting a directed donation from Roche for the agency’s Take 3 flu campaign (Step 3 tells the public to “take antiviral medicine if your doctor prescribes it”),2 the CDC posted an article on its website entitled, “Why CDC Recommends Influenza Antiviral Drugs.”8 The agency cited multiple observational and industry funded studies, including the recent meta-analysis by Dobson and colleagues,9 which it described as an “independent” study. However, the study was sponsored by Roche, and all four authors had financial ties to Roche, Genentech, or Gilead (the first two sell oseltamivir and Gilead holds the patent).10

The CDC has also been criticised for its role in a series of studies
into an epidemic of chronic kidney disease among men working in the sugar fields of central America.5 The sugar industry is paying $1.7m to fund the studies…

Researchers think that the epidemic, which has killed over 20000 mostly young men,12 is most likely to be caused by “two interdependent factors: the misuse of agrochemicals and the working conditions of the labor force.”

…Mario Amador, general manager of Nicaragua’s National Committee of Sugar Producers… “We are fully convinced that there is no direct relationship between [chronic kidney disease] and the activities conducted in the sugarcane industry.”5

Jerome R Hoffman, a methodologist and emeritus professor of medicine at UCLA, told The BMJ, the study was asking the wrong questions… It’s inappropriate to focus on things that cannot protect these workers, such as identifying an unusual genetic predisposition to kidney failure, or evaluating a biomarker to follow the disease, while ignoring modifiable factors.”

and so does the NRA

…In 1996, the National Rifle Association, which is underwritten in large part by gun manufacturers, mounted an offensive against CDC’s research into gun violence. The association lobbied Congress, and pro-gun representatives slashed $2.6m from the CDC budget—the exact amount the agency had spent in the previous year on firearm injury research. The funding was later restored, but the bill prohibited any of the restored funds from being used to “advocate or promote gun control.”

Calman said, “Industry claims their scientific methodology ensures their studies are unbiased—just as the CDC claims money doesn’t affect their recommendations. Yet multiple studies clearly—and repeatedly—show that who sponsors a study, or issues a guideline, makes a difference.”

Hoffman said, “Most of us were shocked to learn the CDC takes funding from industry. Of course it is outrageous that industry apparently is allowed to punish the CDC if the agency conducts research that has the potential to cut into profits. But it was our government that made this very bad arrangement, so the way to fix it is not to ask the CDC to ‘pretty please be more ethical, and avoid conflicts of interest’; rather, as a society, we have to get the government to reject this devil’s bargain, by changing the rules so this can no longer happen.”

How the CDC Squanders Tax… 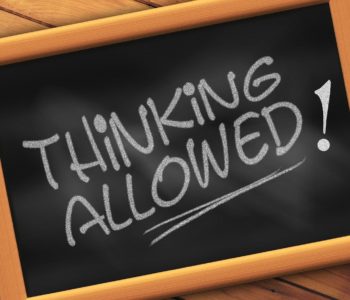